Tetsuya Naito, who is a player who is uncontrollable charismatic New Japan Professional Wrestling, is also known as a venue maniac for games.

The latest blog reveals the roots of venue enthusiasts, the days of American practice.

In this article, you will find images of the American venue, which was the root of the venue mania, and the Team 3D Academy, the practice place at that time.

Tetsuya Naito, an “uncontrolled charisma” of New Japan Pro Wrestling, has updated his blog and talks about his memories of the American era.

Among them, Tetsuya Naito reveals that the fanatic enthusiast’s roots, which are familiar to fans, were around this time.

Let’s take a closer look at the American venue where Tetsuya Naito was shown at that time, and the team 3D Academy ring, which was the practice place at that time.

Tetsuya Naito had an expedition to the United States around February 2009, when he went to the TNA ring and played.

If I remember my memory in 2009, it was a time when I was fighting for and winning the IWGP Junior Tag Championship as a NO LIMIT.

At that time, Tetsuya Naito revealed that he was staying in Oakland, Florida (Orlando?).

The suburbs of Auckland are rich in nature and also have nature reserves.

He says that he spent his life in hotels and other places in Auckland, and the practice ring was about 30 minutes by car.

That is what is called the “Team 3D Academy” in Kissimmee, Florida, where there was Tama Tonga who will later come to New Japan.

Proud of all our students!!

Speaking of Team 3D, it’s Devon & Baba Rei who was a former Dudley Boys who worked with WWE from ECW and was also active in the Japanese ring.

That big body and hardcore style were quite strong players.

Hiroshi Tanahashi also participated in the training in 2008, probably because he won the IWGP Tag Championship in New Japan Pro Wrestling.

At this time, the venue I was in was very nice, and I began to take photos of it, revealing that it is the root of the current venue mania.

Tetsuya Naito rarely tweeted on his Twitter account, and he thoroughly posts blog updates and image tweets of the venue where the match is held.

Fans who don’t know anything may have a feeling of jealousy, “Please tweet something else!”, but when you think that you have been connected since this time of training in the United States, I feel something deeply moved. ..

Looking for an image of the oldest venue in Tetsuya Naito’s Twitter (where the game was played), the Akita City Gymnasium at the 2013 Akita Games seems to be the oldest. (Although I may not have tweeted it, I might have included it in the image for a long time)

Charisma’s little personal hobby, I hope it will continue to be unchanged.

If you summarize this article, 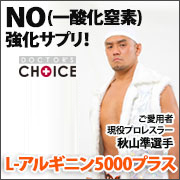